December 12th 2018 marks what would be the 119th birthday of Paul Adelbert Bigsby. When it comes to guitar history, names like Leo Fender, Adolph Rickenbacker, and Les Paul may be more widely known, but their work would not have been possible without the man who designed and built the first solidbody electric guitar. 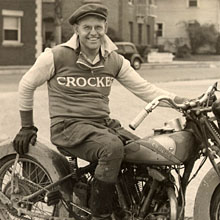 A skilled motorcycle machinist—and also a music fan—Paul Bigsby got into the world of guitars in the mid-1940s when he designed a replacement vibrato mechanism for C&W artist Merle Travis’s Gibson L-10. Paul’s device set a new standard, and it rapidly became the vibrato of choice for most guitar manufacturers the world over—a reputation it still enjoys today.

In late 1946, Travis approached Bigsby with a concept for a new guitar. Travis’s rough sketch depicted a solidbody electric with all six tuning pegs on one side of the headstock. Bigsby, whose personal philosophy was “I can build anything,” immediately went to work to make the concept a reality. When the guitar was completed, Merle Travis played it on recordings, on radio, and on public performances. The revolutionary design caught the eyes and ears of guitar players and builders alike—and it changed the sound and look of guitars forever. 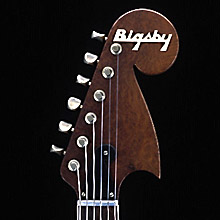 Paul Bigsby continued to hand-craft custom guitars and vibrato units for the next twenty years. But by 1965 health issues prompted him to sell the Bigsby name and inventory to his friend Ted McCarty. That sale that was effective on January 1, 1966. Paul Bigsby died on June 7, 1968, leaving a legacy of innovation and craftsmanship for which every guitarist today should be grateful.

Speaking of Ted McCarty, his is the other Bigsby birthday to be celebrated (what would be his 109th, as of October 10th of this year). Ted was no stranger to the guitar business when he purchased the Bigsby Company. As many know, he’d been president of Gibson Guitars since 1948, having led that company through its one of its most successful periods, often referred as the ‘Golden Era’.

When Ted McCarty took over Bigsby, he retired from Gibson. He focused on filling the demand for Bigsby’s True Vibrato, which was being ordered by virtually all major US guitar manufacturers. Of all Bigsby customers, Gretsch Guitars was the single largest, establishing a strong relationship between the two companies. That relationship led to Bigsby’s purchase by Gretsch in 1999 when Ted McCarty retired after sixty successful years in the music business. Ted died in April of 2001.

Fred Gretsch describes the care that has been taken to preserve the Bigsby heritage, saying, “Gretsch guitars have featured Bigsby vibrato tailpieces for sixty years. Gretsch and Bigsby are often thought of together, and now we’re one company. We’re continuing to manufacture vintage-style Bigsby vibratos and bridges using the same hand-made methods prescribed by Paul Bigsby more than half a century ago.” 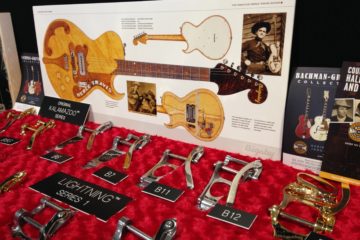 SCOTTSDALE, ARIZ. (JANUARY 8, 2019) — Fender® Musical Instruments Corp (FMIC)  announced on January 8 the acquisition of the Bigsby® brand and its assets from Fred Gretsch Enterprises. The Gretsch family and FMIC have a longstanding Read more… 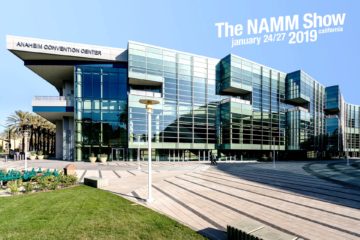 That special music industry gathering time of the year is almost upon us! NAMM is just around the corner opening on Thursday January 24 and running through Sunday the 27th.  Returning to the ample Anaheim Read more… 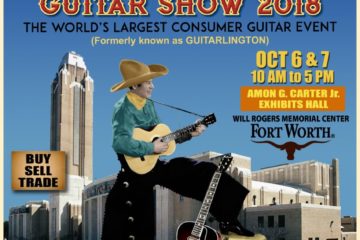 After decades of calling the Arlington Convention Center home, the newly named Amigo International settled into its new home at the Amon G. Carter Jr. Exhibits Hall.  The gigantic venue was a great platform for Read more…